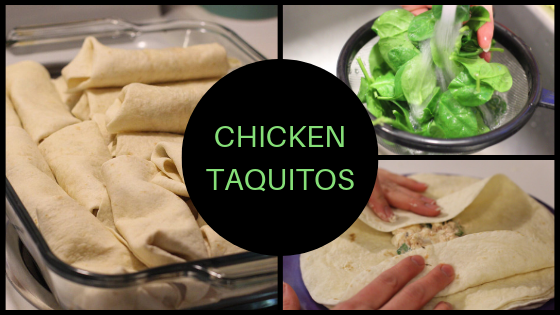 Full recipe at the bottom of the page

These Chicken Taquitos have a crisp outer shell and a cheesy, chicken inside.  They would be great to bring for a party appetizer if you make them half the size with smaller tortillas. And don’t worry, there are step by step pictures on how to fold the taquitos! So, let’s get started!

First off, wash your greens.  I keep my spinach whole, but you are more than welcome to chop up your spinach and take the stems off.

Next, Preheat the oven to 425 degrees and cook your chicken. As you see in the pictures below I was impatient and cooked the chicken on the stovetop.  This works just as well as baking the whole breasts in the oven.  If you have loads of time, you can stick the chicken in a crockpot on low for 6 hours so it is easier to shred.

After you shred the chicken you can start mixing all of your ingredients (accept the tortillas) together in a large mixing bowl. 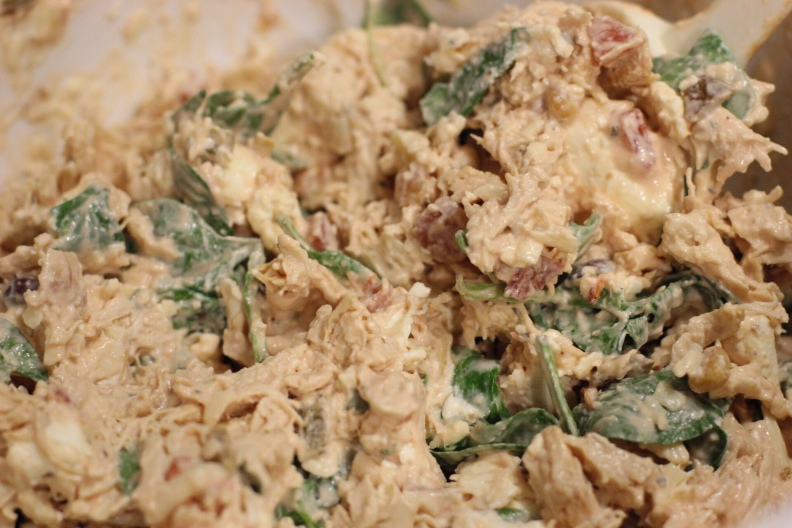 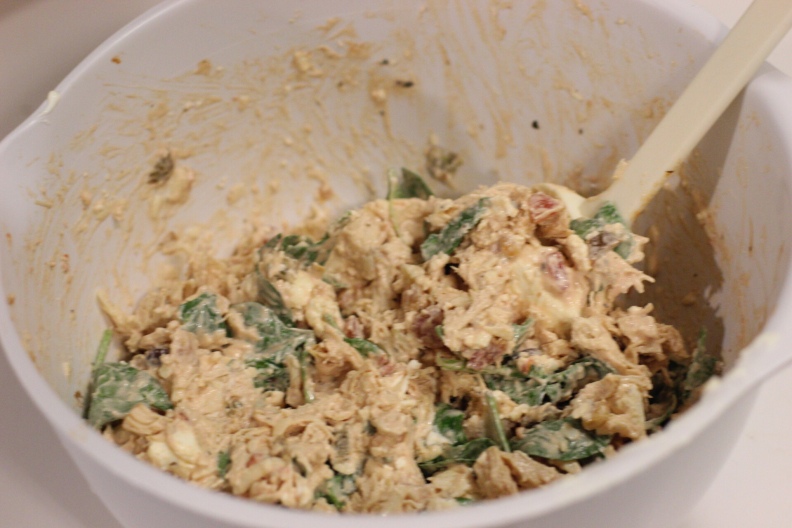 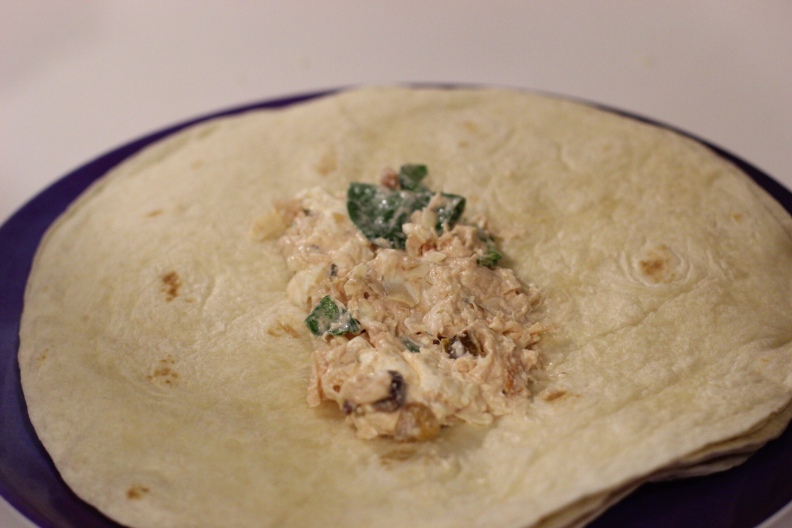 Fold in two of the sides (if circles had sides) and hold them down. 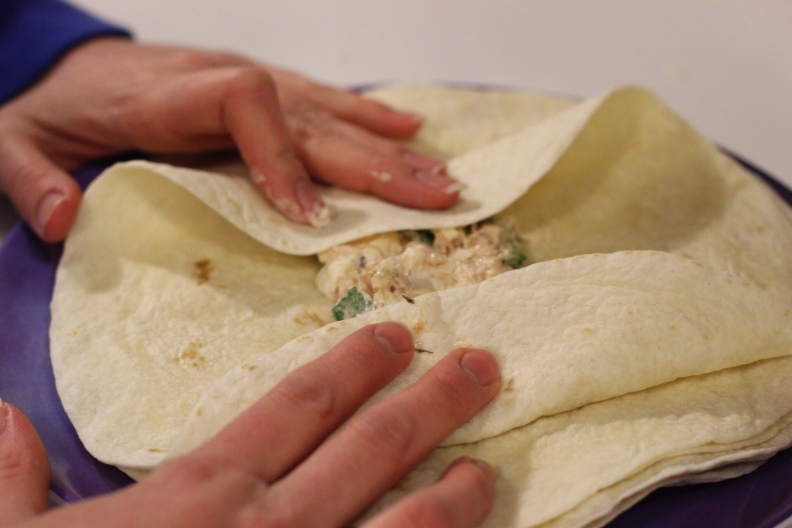 Then, fold the side closest to you across the center of the tortilla.

Roll the whole tortilla away from you so it is sitting on the open flap to hold itself closed. 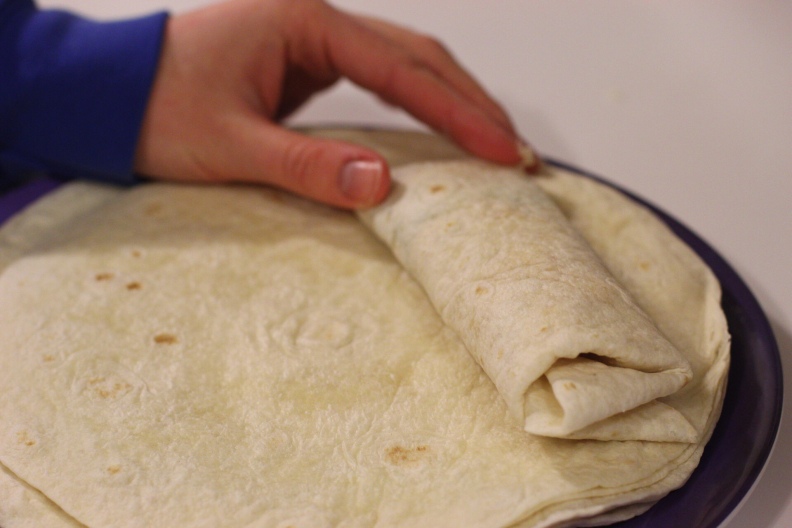 Try not to layer the taquitos too much so they can all get a golden, crispy top to them. Bake for 15-20 minutes or until golden on the top. 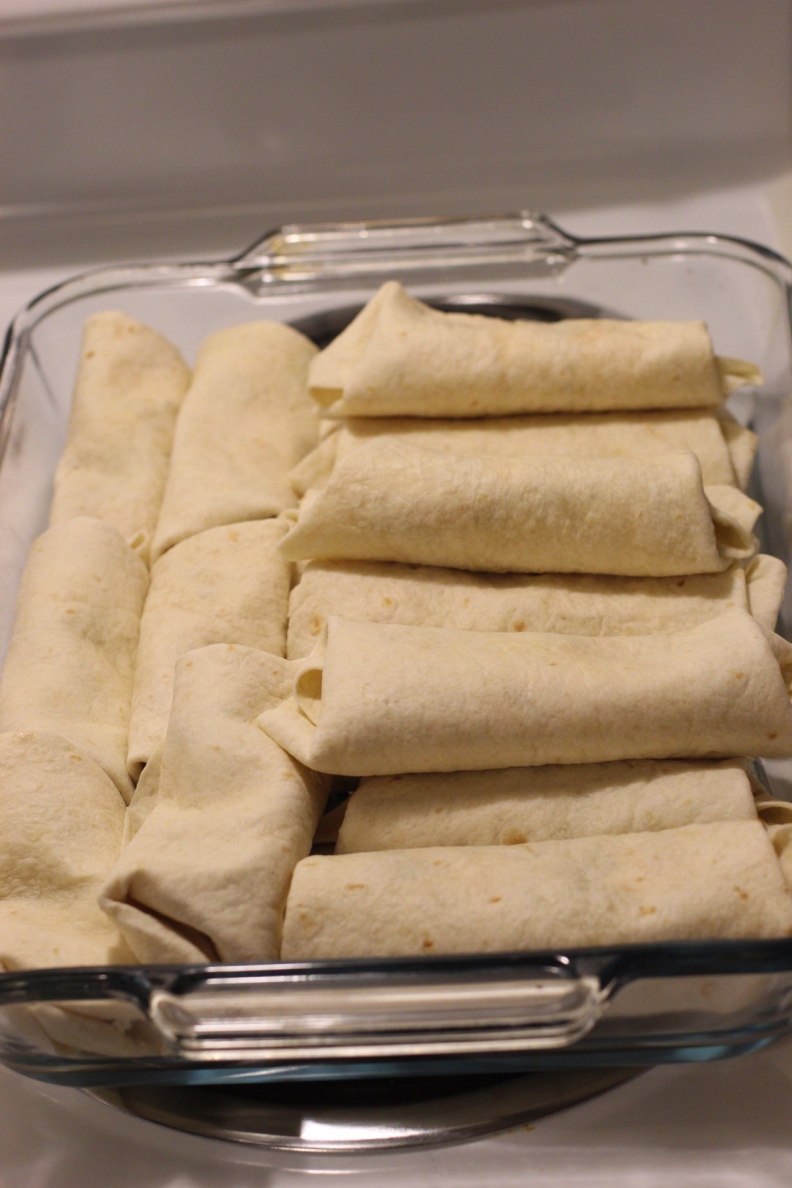 Bake for 15-20 minutes or until golden on the top. 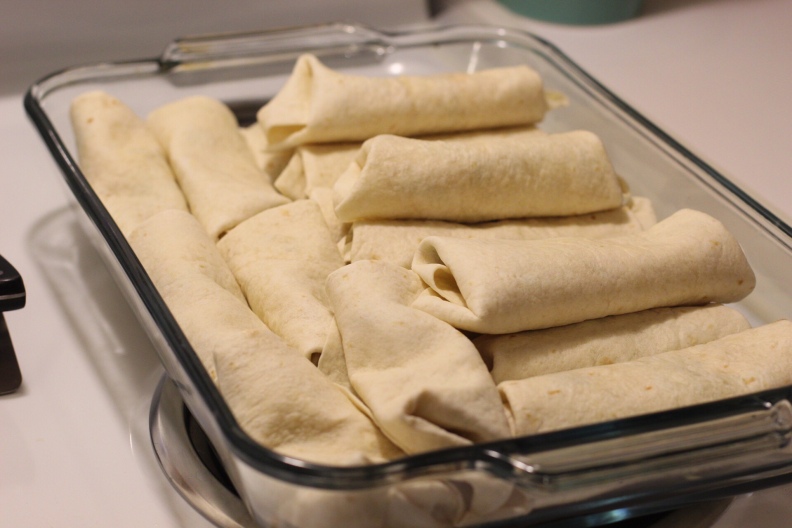 Preheat oven to 425 degrees. Mix all ingredients, leaving out the tortillas, in a large mixing bowl. Place 2 tablespoons in the center of each tortilla and roll them like a burrito with the sides tucked in. Place all of the rolled tortillas in one layer in a glass baking dish.   Bake for 15-20 minutes or until golden on the top.

Published by Michael and Rain

View all posts by Michael and Rain